I got to spend last weekend touring Philadelphia with my family. We stayed with Uncle Dave and Aunt Mina and the very obliging Taylor and Lydia who let us stay in their rooms. I got Taylors room, it was the coolest. Arielle is convinced that Lydia's room is the coolest. We'll have to arm wrestle it out. Here is Taylor. 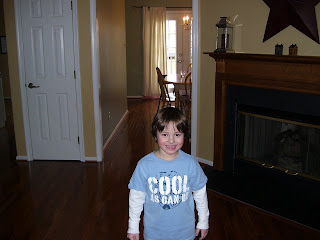 We saw all kinds of cool things on our trip, including....
the Liberty Bell, 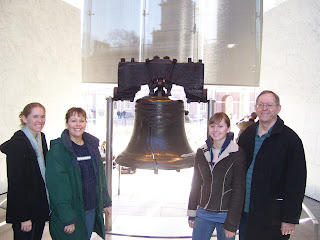 the Rocky steps (Uncle Dave beat us all up them) 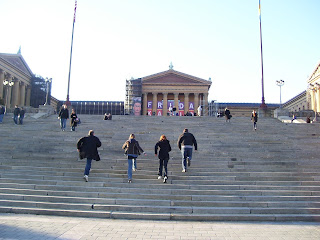 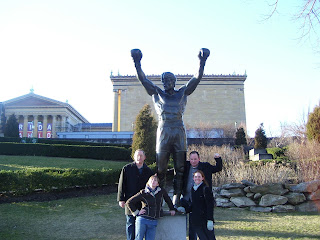 This Quaker "Stake Center", where we also learned all about Quakers. Did you know you can pretty much be agnosticand still be Quaker? I didn't. 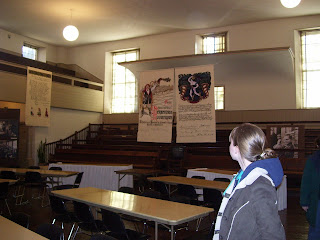 This cool random elevator that went from the subway up onto the street. We felt like superheros. 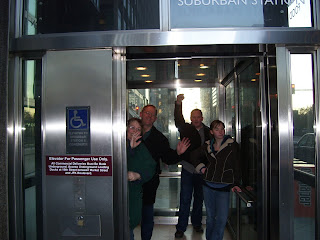 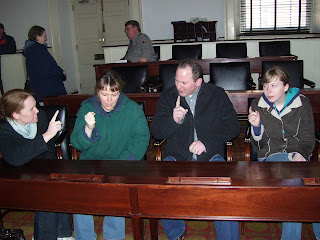 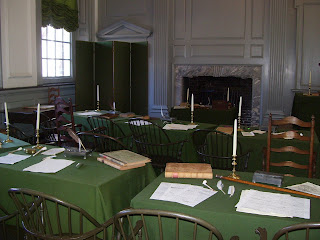 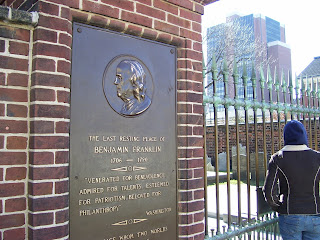 Ah- an Arielle! We think she was just as scared of us as we were of her. 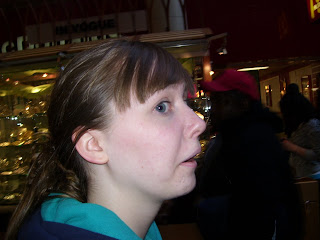 The big news of the week is of course that Laura got engaged! Here you will see the dashing young Jakob Spjut of Rancho Cucamunga (sp?) California. Who proposed to her on Friday with the following words "Well, before I lose my nerve...(some other mushy stuff)...will you marry me?" And her reply "Sure." It's very cute and exciting and soon! They are getting married at the end of March in the Boston temple. I get to plan it! Yeah! Here is her 5 million karat ring. :) 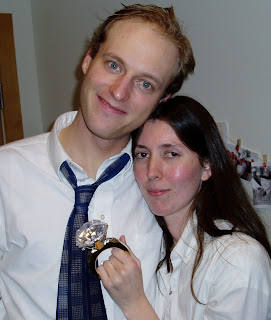 In other news, I recently went to our annual "Genetics Winter Party." Every year at Dartmouth's winter carnival they have a giant snow sculpture on the green (which i couldn't get a good picture of, sorry,but I'm sure you can find on dartmouth.edu). The theme was "20,000 leagues under the snow" and the sculpture was a submarine being dragged down by an octopus. They have other snow and ice sculptures around campus, especially by Occum pond, which is where everyone goes to ice skate or play hockey. It's also the location of our winter party. Here are some pictures of my labmates messing around on the ice and a couple of sculptures. I thought the ice castle was really pretty. It was made for little kids to be able to play in and around, and we spent a long time playing "monster attacks the castle" with my boss's kids. It was very fun. There was also a snow slide that went from the castle out onto the ice for kids to go down. 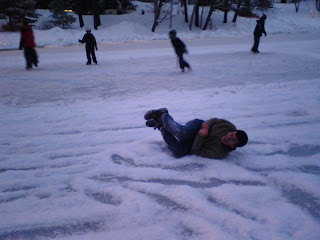 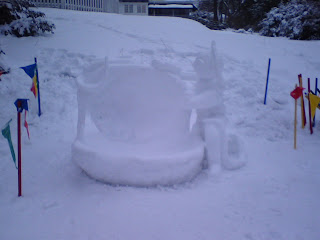 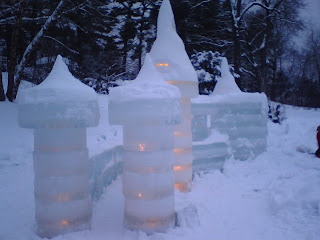