I have been fairly absent lately due to the fact that life has been MAYHEM!!!! March was just crazy beginning to end. The events in order that will be reported in this post are Cheesefest 2008, Snowboarding (take 2), Laura's wedding, Moving, My 26th Birthday, and Chantel is Finally Pubmed searchable! There's been a lot going on, but those are the highlights I'm going to focus in on. So, here it goes!

For those of you who are in the know, Cheesefest is a tradition that Crystal and I became a part of at BYU-Hawaii. I've taken it upon myself to bring it to New Hampshire. As a result of this ambition, we've made it a yearly tradition for the Concord YSA (this is year 2), and since Laura was YSA president, I was put in charge of it. I happen to like being in charge of events (in case any of you didn't notice) and so I had a blast. Events at Cheesefest include, but are not limited to: cheese tasting (of course), a cheesy movie, a cheesy game, and of course the crowning of a cheese prince and princess. The cheese prince and princess are voted in based on a speech they make in which they describe what their favorite cheese is and why, a moment in their life that has touched them with cheese, and how cheese can create world peace. Below you'll see Lindsay (this year's cheese princess) await the decision of the judges and Peter (the prince) being crowned by Blair (last year's prince). 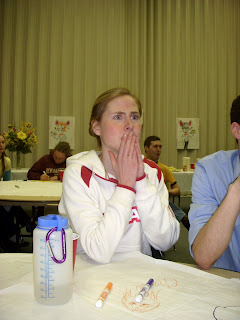 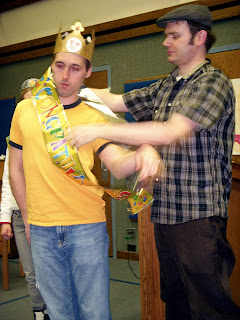 I am so headed toward Olympic snowboarding. That is, as soon as I can figure out how to get off the lift without falling over. Which I'm sure will be soon??? Maybe? The bunny hill at Ascutney actually features large animal wood cutouts down the slope,as well as a castle that you can go through, provided you have enough speed. I didn't. So here's a picture of my friend Casey pushing me through the little woods on the other side of the castle. Yep, totally headed towards the Olympics. It is really pretty fun, so long as I don't freak out, and I only hurt for about 2 days afterwards instead of an entire week this time. Granted, since our much long awaited spring has finally arrived here in the upper valley, I won't be on a snowboard for at least another 7 months or so. Though spring is very very very very welcome!!!!! Below are some daffodils outside the house :) 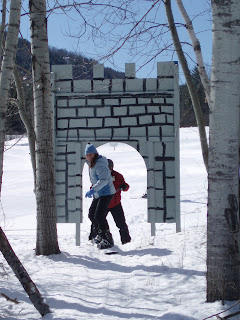 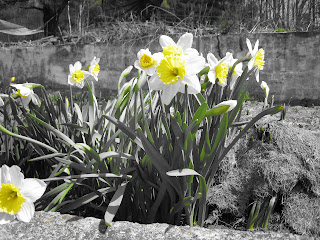 She got married! The sealing was beautiful. It was great to meet all the Spjut clan and have Laura's parents stay with me. There were many exciting things that happened, including a beautiful sealing, some sunny (though chilly) picture taking, a beautiful reception (if I may say so myself :) and Laura being apparently anti- car decorating as she took everything off before leaving the parking lot. hehe. The next day was also a lovely (though a bit hectic) Easter Sunday which I enjoyed with the Watts at church and the Lytle's and Spjuts at dinner. I never ever ever could have pullled it off without so many people helping. Not that they'll probably read this, but thanks!!! Below are pictures of the wedding, the gorgeous cake, and me dancing with my Dad- he's got pretty good moves! 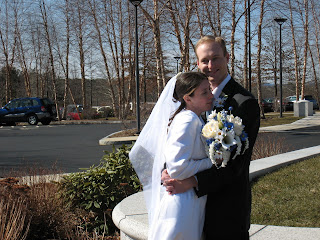 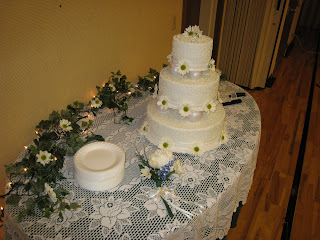 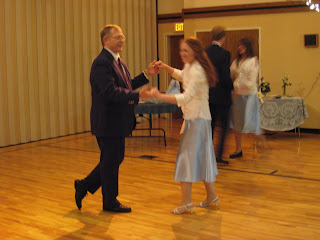 Two days after the wedding! Today, April 16th I just finally unpacked my food storage. So I think it's pretty official now. The place is really nice and I've had fun kind of personalizing it. The most exciting things are that I now have a garage (which has already come in handy) and ta da!!! A washer and dryer!!! No more laundromat. Also, they have an immense collection of DVDs that they left behind. So long productivity.... My new roomate is Rachel Ladd. Her mom helped out a ton at Laura's wedding with the food. She's a local girl that finished her degree from BYU in Arabic studies and has already traveled North Africa and the Middle East and will be doing much more of it in the future. Yeah, she's pretty amazing. Also, she got in to grad school at Dartmouth for the fall! That means I'm not the only YSA grad student here anymore! I've been waiting 4 years!!!!! I accompanied her family to a celebratory Rachel's b-day (it's birthday season, it was also Blair's b-day recently)/ grad school acceptance dinner at Margaritas. 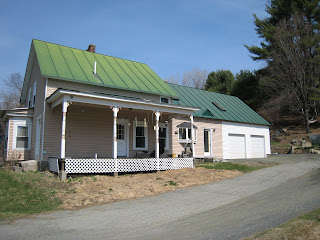 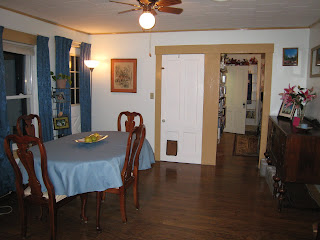 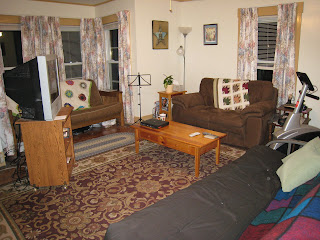 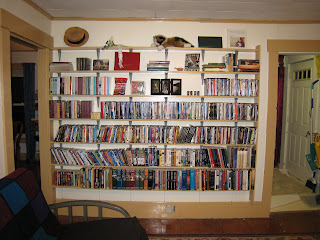 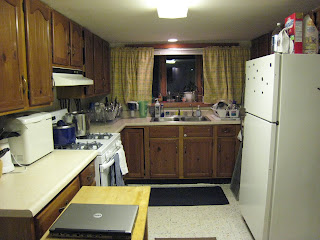 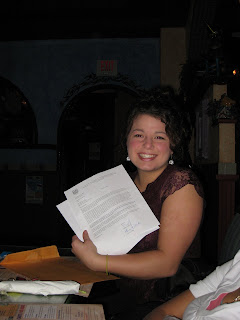 Though actually, I should say our 26th birthday. Crystal and I did spend the day doing the exact same thing! We both had Indian food (pure coincidence) and watched the new Office episode and had cake. My celebration was at my labmates house (since I don't have cable). So Casey hosted and Anna brought a big beautiful cheesecake from a place called Lou's. It was very delicious. It was my and our other labmate Krissy's b-days within 2 days of each other, so we shared cake-cutting duties. The next night it was time to party with the YSA as we enjoyed brownie sundaes and watched Finding Nemo. Very good times. I even finally got to meet Jafar, who I've heard so much about! I received some excellent birthday gifts including movie tickets from Dave and Naomi, a backpacking pup tent from Arielle, a hilarious package from Crystal themed "things I've learned in the Beehive State" and from Mom and Dad- a hammock!!! (note title of blog). It's up! See below! Apparently Ashlee is bringing something from Hawaii...I'm excited!!! It really was kind of a marathon birthday, with another cheesecake at Insititute last night. For my birthday what I most think I'm getting is diabetes.... On Saturday I went to a b-day party for Krissy and she had leftover cake in lab this week. 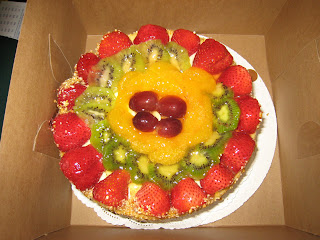 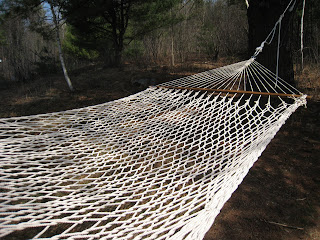 Well, I should say "almost" pubmed searchable. I wrote an article on the systems genetics of alcoholism that is apparently just about to come out because they sent me a copy of the journal in the mail. It's not online yet, but keep your eye out, you google scholars! 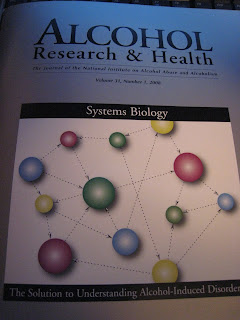 And with that I think I will close this post. I hope you have all enjoyed hearing about my many exploits. Our next big story will be in a few weeks...Crystal and Chantel go Canadian, eh?
Posted by Telly at 5:24 PM 5 comments: