Okay, so it's been a while since I last posted. Almost a full year, in fact. But I am up waiting for mom to get back from chaperoning a stake dance and decided to go for it. So here is the year in review. My top 10 events of 2009 chronological order:

1- I became an aunt! Polly Gabrielle Sloan, the daughter of David and Naomi Sloan, joined the family in February and she is pretty much the cutest thing ever. She is the first grandchild and we all completely adore her. This is her at about 1 month. 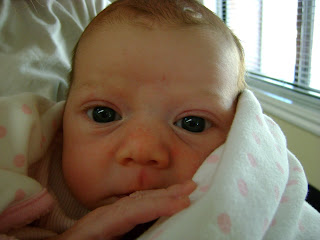 2- Crystal got married! Just a month after David had a child he finally got a brother! Crystal Sloan became Crystal Black when she married Kedrick and the two are living the blissfully happy newlywed life in Salt Lake City, where he works as an engineer. 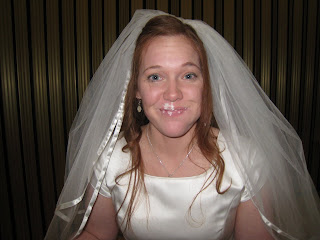 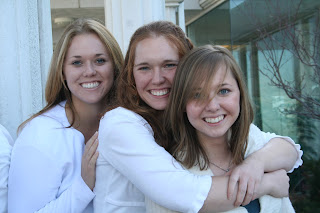 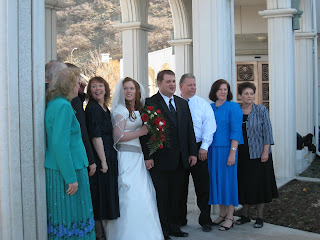 3- Ashlee went on a mission! Ashlee has served just over half of her time as a missionary for the Church of Jesus Christ of Latter-Day Saints at the Salt Lake City Temple Square mission. She is doing wonderfully well and we're very proud of her. I've seen some good Dartmouth friends go on missions as well- Kersti and Reuben are both serving amazingly well in Vancouver and Brazil. Other friends saw changes such as marriages (Maurice and Deb) and broken ankles (you know who you are). Here is Ashlee on temple square the day she received her endowments in preparation for her mission. Pretty cool that she got receive her endowments IN her mission! 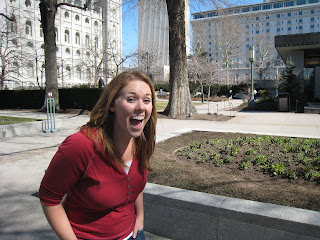 4- I worked in Young Women's! I had a dramatic change in calling, when after 4 years in Primary I was called to be the Young Women's 1st counselor. I learned a lot and had a great time getting to know these wonderful girls and the other leaders. Here we are before going to see a play. 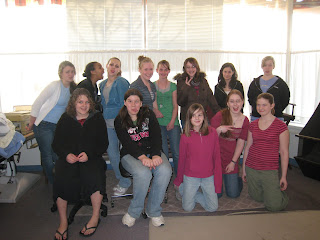 5- I traveled everywhere looking for postdoc positions! That's right, North Carolina, Philadelphia, California... but in the end I'm going to... well I'll save that for later in the post. Let's just say it wasn't New Zealand, though it came close to being. Here's Duke's campus in full bloom in March, when there was still quite a bit of snow on the ground at Dartmouth. 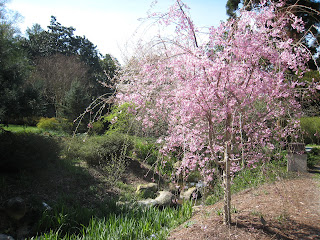 6- Arielle and I had a rockin' summer! We hiked and learned about the Shakers and killed spiders and used the word "epic" way to much and the fun just went on and on. I also went on a trip to visit Laura and the Spjuts in early June, where I got to meet Laura's baby, Freja, who is just 2 months older than Polly. For this part I offer you 2 pictures of people on mountains. The first is Arielle on Cannon mountain in New Hampshire where she and I did a spontaneous sunset hike. Yes, we went back down mostly in the dark. The second is me on a hike on a mountain that I think is called Sunrise peak in California. 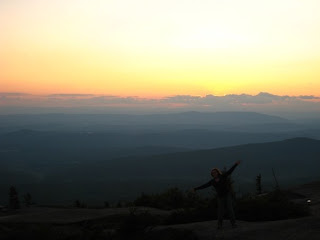 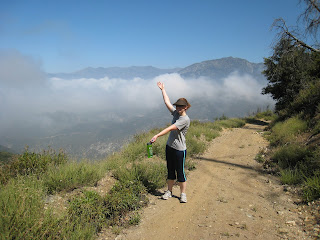 7- I graduated! After 5+ years! I became Dr. Sloan! This was my biggest life event this year. The first couple months of fall were mostly spent with me locked away in the office trying desperately to finish writing, so there's not much else to report there except that I was released from YW's, which made me sad but was good for them because I was a complete wreck with all the stress. Here are some pictures from the day of my defense. Crystal, Mom and Dad all came and we had apple pie and played games and had a big dinner at the Tip Top Cafe. I'll miss you Dartmouth! Thanks for treating me so well! Below you will see a picture of the family at my fairwell dinner. Crystal was, well, being Crystal. Gotta love it. The second is all of us on our zipline adventure that we took the next day in celebration. So fun! 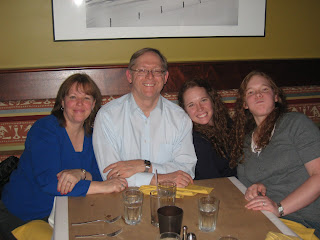 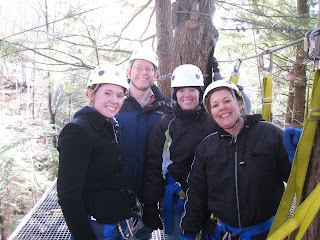 8- I got a postdoc! Well, kind of. And yes, it officially came after I graduated, but better late than never. I will be moving to Long Island this month to do at least 6 months of training but it may end up being longer. I'll find out more in February. Don't you just love fuzzy futures? Yeah, me neither, but I won't be sleeping on Mom and Dad's couch for at least 6 more months! Whoo hoo! Since I don't really have any fitting pictures of that yet here is one of a rented pickup truck full of my stuff which Mom and Dad so lovingly moved to CT for me while I finished up at Dartmouth. 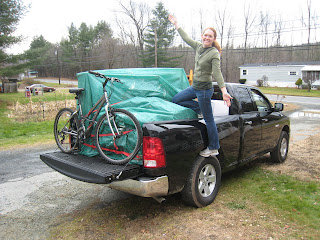 9- I went to Costa Rica! This was one of the most amazing trips of my life. I traveled alone to Costa Rica for 3 weeks where I lived with a host family, learned a bunch of Spanish at a language institute (though I still have a LONG way to go) made several friends and ate more beans and rice than I care to recall. I went white water rafting, saw crocodiles up close and risked my life by getting in several Costa Rican taxis which are mostly operated by drivers that are certifiably insane (with a few exceptions). It was exactly what I needed after all that defense mayhem. In order these photos are: a tour guide feeding crocodiles (craziness), the hot springs at Arenal volcano (gorgeous and oh so relaxing) a church in San Jose, and rafting the Pacuare river (unbelievable). 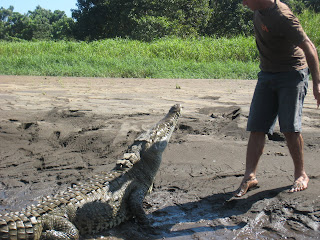 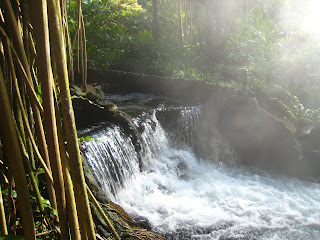 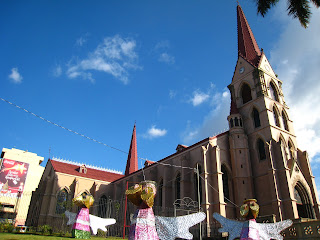 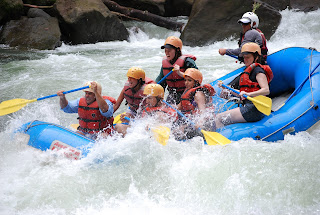 10- Christmas! Everyone except for Ashlee was here, including Polly the Adorable. We had a great Christmas morning, delicious Christmas dinner, went bowling (I did terrible) and watched too many movies and played too much Scrabble and Blokus. It was a blast. I even got to see Laura, Jakob and Freja. Polly got to meet Freja who I am determined will be her college roomate. We creamed the competition at our annual volleyball game against the Binghams. Arielle and Iwent to see our favorite band, Enter the Haggis and the next night we had a quiet New Years playing games with the family. In order these photos are: Polly being oh so happy about getting her picture taken, the winning Polly smile, bowling with the family, baby day with the Spjuts, and Arielle and I at the concert. Notice Arielle is wearing an ETH shirt. Yeah 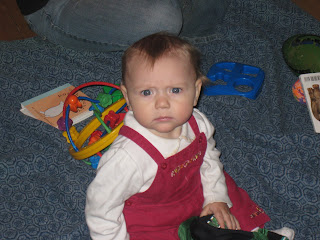 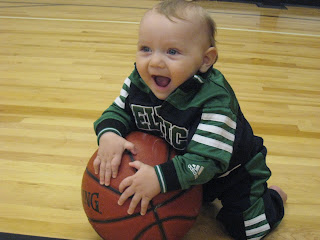 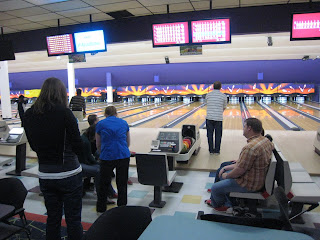 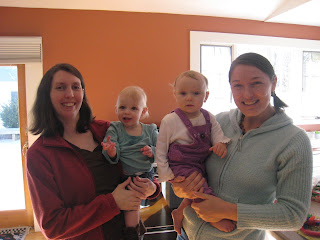 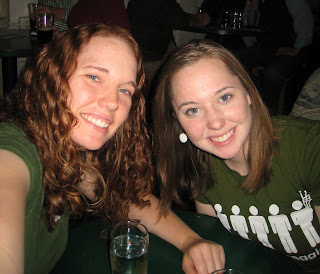 In short, 2009 has been awesome. In one more week (during which I have no idea what I'm going to do) I will move to Long Island to start the next chapter of my life. Bring on 2010!
Posted by Telly at 8:24 PM